The PM² Guide 3.0 Will Introduce You To PM² - The Project Management Methodology. Download Your Free Guide Now! Learn more

How Has Technology Changed Over The Last 20 Years? 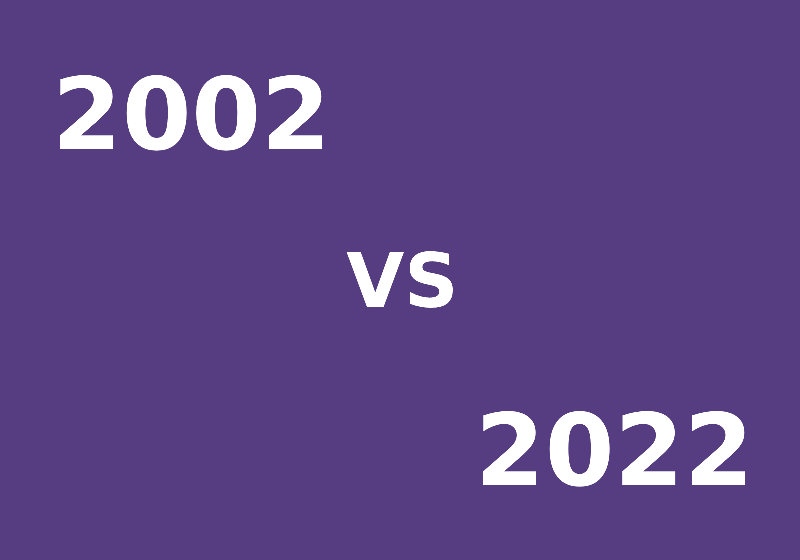 As Purple Griffon turned 20 years old this year, I’ve decided to see how technology has changed in that time. So, what has changed over the last 20 years, apart from my age and waist size?

We have seen massive technological advances throughout every industry, the birth of new technology and the demise of others. And even the birth and death of some, I’m looking at you Google Glasses. Lets discuss what has changed in the last 20 years... 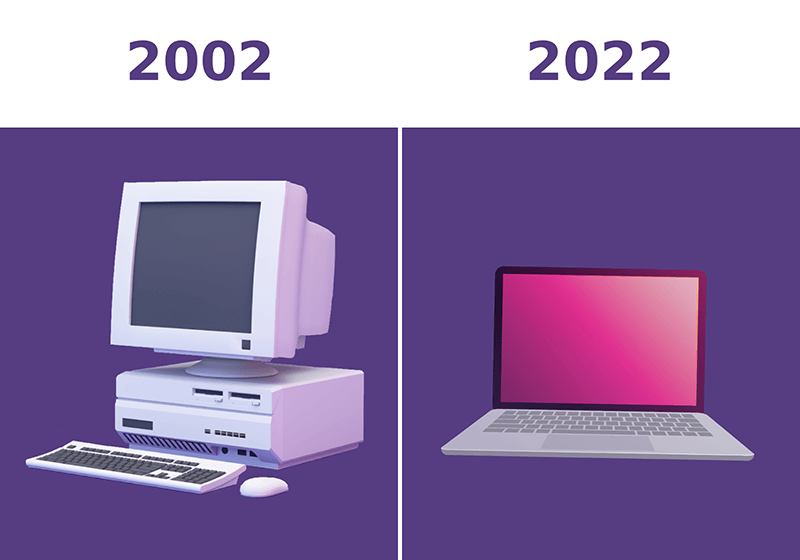 IT technology has come on leaps and bounds since 2002, servers have become vastly more powerful, from 2002 when one of the most powerful processors was a Quadcore Intel Xeon Chip, to 2022 where 64 core are common and even 128 core processors are now available. Not only processors but hard drives have massively changed. 2002 saw the release of the first-ever SATA drives running at 150 MB/s which was very fast and reliable at the time. Nowadays, NVME drives have been around for a couple of years and can reach speeds of up to 6500 MB/s.

Operating software has also been evolving. There have been 8 version updates of Microsoft Office since 2002.

Alongside the rapidly changing technology we have had evolving industry best practices and standards. In 2002, ITIL V2 had just been released. The focus of ITIL V2 was mainly on the Service Desk function and 10 core process in Service Support and Service Delivery, which then evolved into ITIL V3 and the 2011 update with 26 processes in the service strategy, design, transition, operation, and continual service improvement phases of the service lifecycle. Now in 2022 we are four years into ITIL4 where the focus is on the co-creation of value for the customer though the service value system, value stream, value chains, the four dimensions and 34 guiding principles. 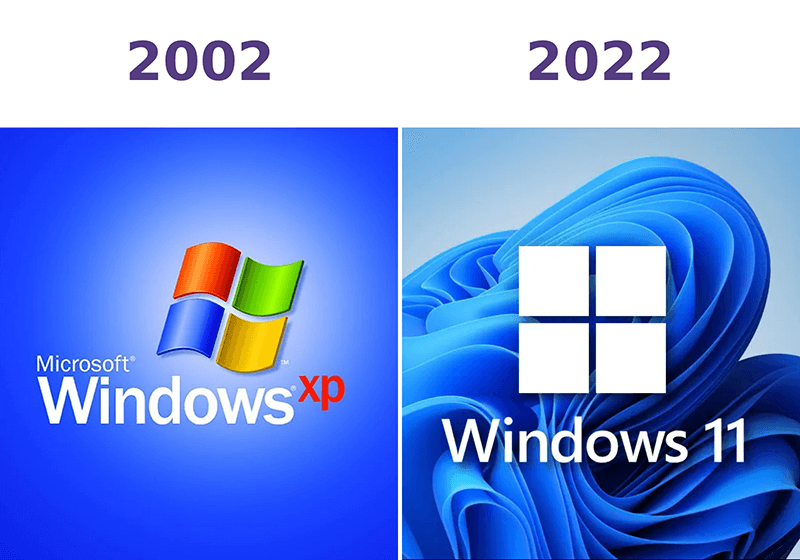 Back in 2002 the standard office monitor was just 17 inches, now it’s not uncommon to see people with multiple 27-inch widescreen monitors on their desks to improve efficiency; these mostly have a resolution of 1920 x 1080 (HD) or 1440 x 2560 (QHD). Back in the early 2000’s most staff would have a square monitor with resolutions of 1024 × 768; these would either be LCD screens or CRT. On these screens was either Millennium or windows XP, which one of my favourite Windows Operating Systems, what’s yours? 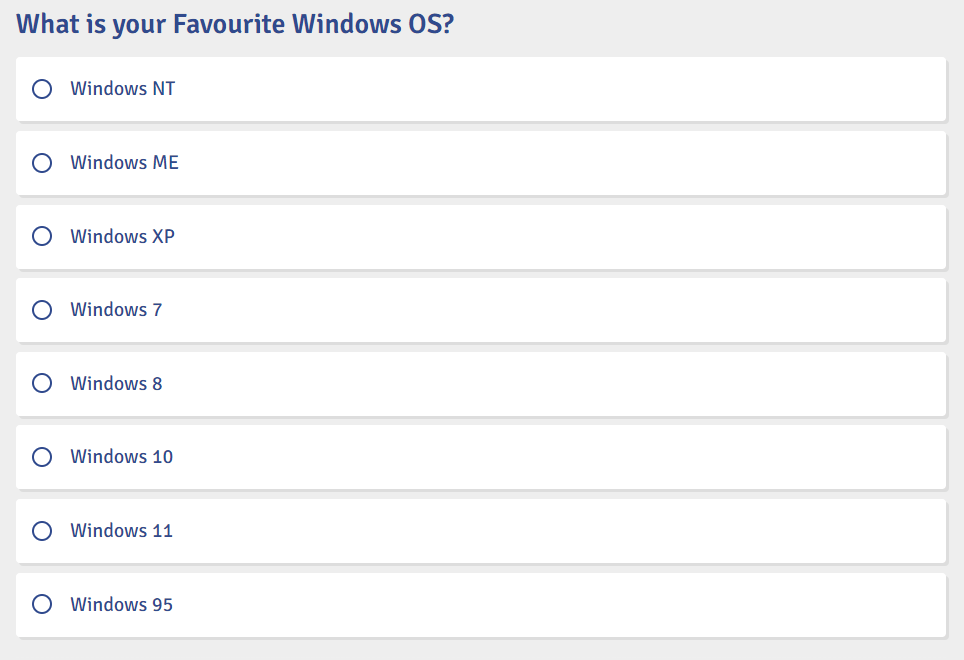 As Technology is becoming increasingly more powerful, it is also becoming smarter. Most modern smartphones, tablets and laptops have either fingerprint verification or facial recognition. These technological advancements are creating better security for individuals and organisations. Powered by Artificial Intelligence (AI), they’re becoming increasingly more accurate with time. Gone are the days of filling up your mobile phone with pictures or songs; you can now store a massive amount of data in the cloud and access it instantly from anywhere. Cloud also lets you back up your existing data in real-time.

Let’s see how life has changed outside of the workplace, back in 2002 the Nokia 6100 was released; this was one of the first mobile phones with a colour screen. The Nokia 6100 was the upgrade to the infamous Nokia 3310 (known as the indestructible phone). Whereas this year we have just seen the release of the iPhone 14 with AI facial recognition, 4K video recording and 240 fps slow-motion recording. Over recent years we have also seen the introduction of folding phones where the pixels are flexible. Wearable tech devices have become very popular over the last few years, with smartwatches that you can call and text from, these kinds of wearable devices track huge amounts of data like location and heart rate. 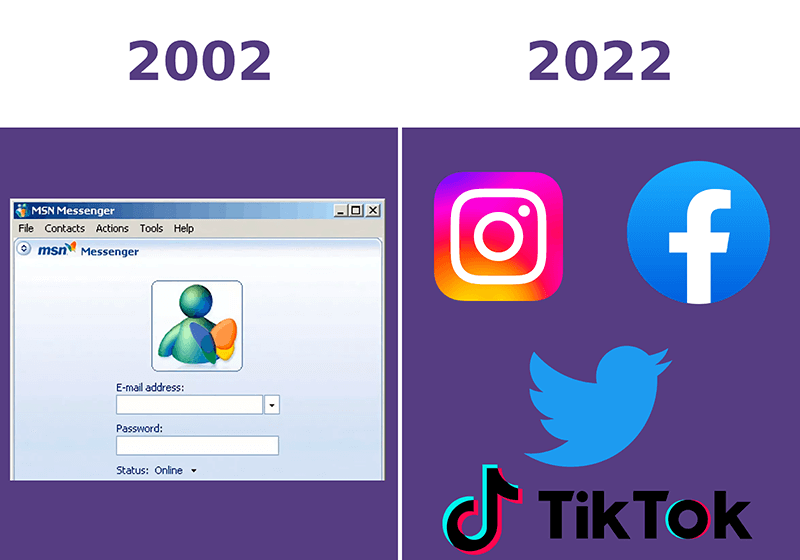 Back in 2002, there were no social media platforms, there was however MSN which hosted a live chat functionality. Facebook was created in 2004 and now has over 3 billion active accounts. YouTube was created in 2005 and hosts over 1 billion videos on its platform; that’s over 6000 videos uploaded every hour.

Around the average person's home, there are many smart devices to create ease of use and very day life. Alexa and Google's home assistant have become very popular over the last few years. Back in 2002 you were thought to have high-tech equipment if you had an Xbox, PlayStation, Apple iPod, or a professional laptop.

But one thing that has never changed throughout that time is paper, paper to jot down notes, remember an appointment or a child drawing a picture to later hang on your fridge.

I look forward to seeing what will change in the next 20 years. Hopefully by then, we will see fully fledged driverless cars or even the hover skateboard from the film Back to the Future!